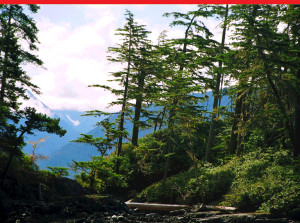 The realities. This is not about “the environment, it is about “our environment”. Humans cannot separate themselves from the environment. It is the air we breathe, the water we drink and the food we eat. Damage to the environment will affect human life.

Population effects: As of 2014, the world’s population has surpassed 7 billion; scientists predict it will reach 10 billion by the year 2050. Human behavior underlies nearly all environmental concerns, such as biodiversity loss, air and water pollution, deforestation and climate change. We are essentially taking more from nature than it can give back.  Loss of forests: Each year 13 million hectares of the world’s forests are cut down, burned and converted to other land uses (one hectare contains about 2.47 acres and this is an area roughly equivalent to the size of Greece). 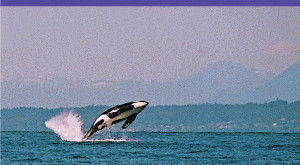 Loss of clean water: Humankind’s demand for water already exceeds supply in many parts of the world — in fact, over 780 million people lack access to clean water and more than 3 million people die each year from a water related disease. That is almost the entire city of Los Angeles.

Loss of healthy soil: Due to farming methods that strip the soil of carbon and make it less vigorous, and rob its vital nutrients, soil is being lost at between 10 and 40 times the rate at which it can be naturally replenished. With this current rate of soil degradation we have only about 60 years of topsoil remaining. Nearly 40% of soil used for agriculture around the world is either classified as degraded or seriously degraded – which means that a large percent of the topsoil, the layer that plants require, is gone.

Loss of coral reefs: Coral reefs occupy less than 1 percent of the ocean floor, but provide habitat for as much as a quarter of the world’s sea species. Recent studies find that 75% of the planet’s reefs are threatened due to unsustainable fishing practices, pollution, and tourism. One of the most devastating threats comes from climate change, which raises ocean temperatures resulting in an effect called bleaching. Bleaching is a stress response: the coral polyps lighten to a bleached white and lose the key life-sustaining algae that normally live inside their bodies.

Our work: An important aspect to our work is to educate people about these losses, and how making a few carefully selected behavior changes can decelerate (and in some cases even reverse) the damaging effects of our actions. All of these facts offer support for the reasoning behind living sustainably.

Community change comes in a variety of positive actions.